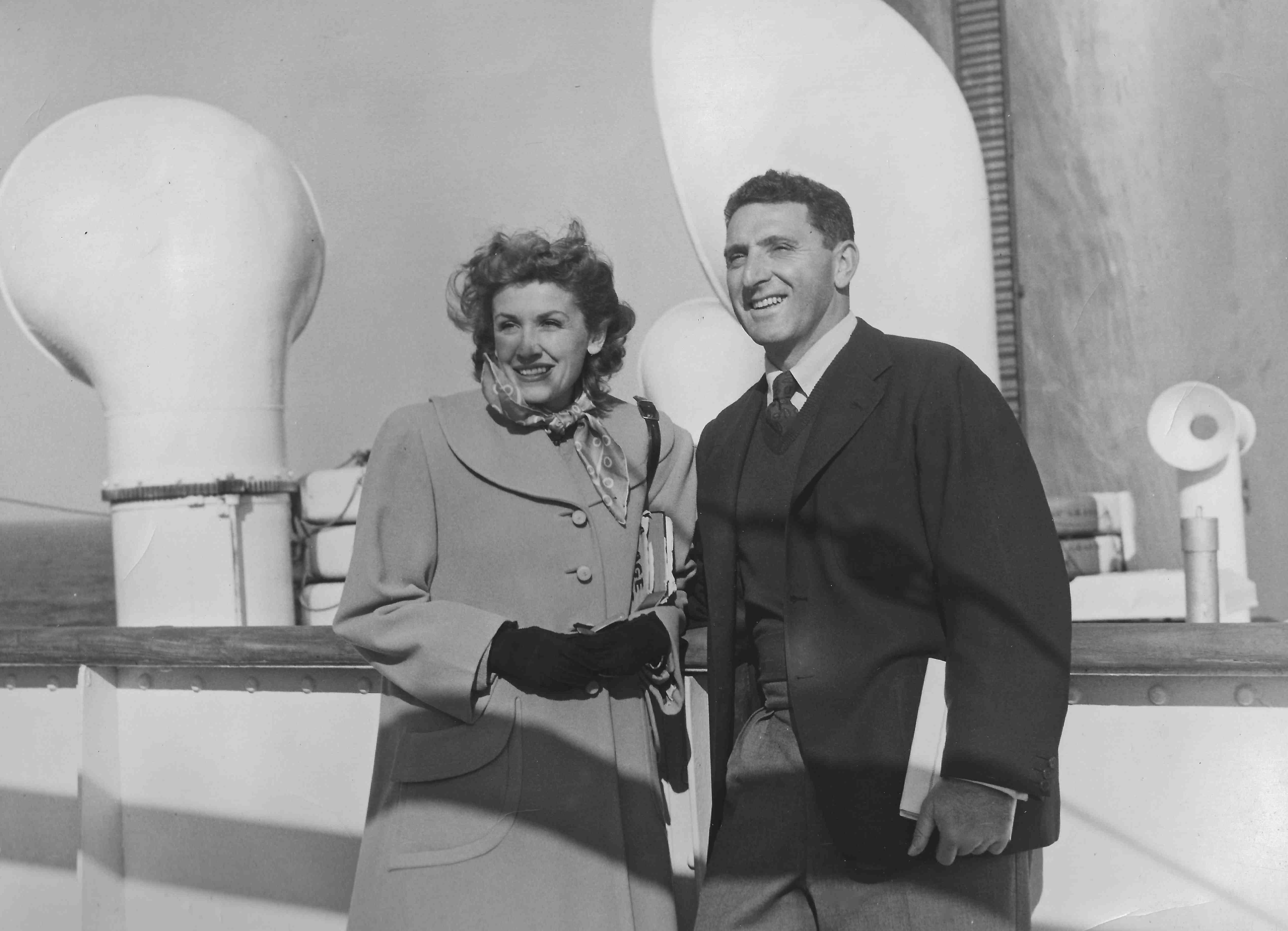 Irwin and Marian (conceived in Antibes, Adam is in her belly) returning to New York in 1949.
In a letter written five years earlier, between D-Day and the liberation of Paris, Irwin had promised
to show her France "without the Germans." The Shaws would sail back across the Atlantic two years later,
and stay much longer than the one planned summer.